About Jill Stephens the dog behaviourist 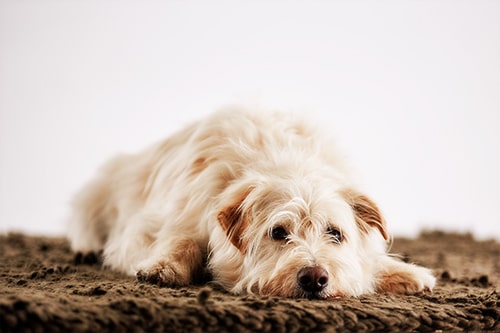 They say the dog you can handle finds you, and often it’s true, and sometimes we need some help along the way…

I’ve always adopted rescues from Shelters, giving a homeless dog a home, and sometimes they come with behavioural issues…
Billy, Shumba, Zephyr and Topaz, were adopted as young puppies when I was in my teens and twenties, and more recently Bentley, and Khaya, Hobbes, Scout, Bogart and Pixie were adopted as adolescents and adults.

Hobbes was a wild adolescent and quickly realised why his family must’ve surrendered him to the Shelter. We developed a very special bond probably because I started working with him as an individual and figuring out what he needed and enjoyed to be happy.
We did ten years of film work and we had so much fun together!

Bogart turned out to be that dog who I really needed some help with…from the start, he was difficult and different. He was about 2 years old when we adopted him, his personality and temperament were pretty much developed and so my journey in behaviour began in earnest to find a way to make it work…

I’ve always worked with dogs; in the kennels at SPCA rehoming rescues, in a private veterinary practice as receptionist and assistant, studied animal husbandry, working in the film industry with Nicole Jennings from Animal Tails as a licenced Animal Wrangler, and now qualified as a COAPE behaviourist.

Emotions drive behaviour. How your dog feels toward something, will determine their reaction.

No matter your dog’s age or breed, or what their problem behaviour is, or how bad it is, games can help. We can reshape our dogs’ brains through playing games! Sounds weird, but you really can change your dog’s emotions towards, and how they perceive things in their world. Each situation your dog finds themselves in, they’ll feel it’s either good or bad and their behaviour stems from that feeling, and also from past experiences in their life.

Through playing short fun Games, we can teach our dogs Concepts (skills) which will help them to cope in situations and to make better choices. We can change their outlook from being pessimistic to optimistic. We can teach them to be calm. If they’re over-excited, frustrated or fearful, these emotions result in jumping up, barking, lunging, pulling etc,… 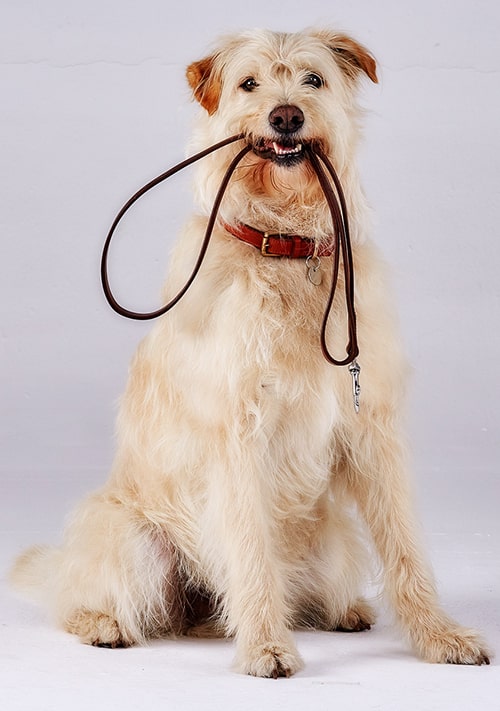 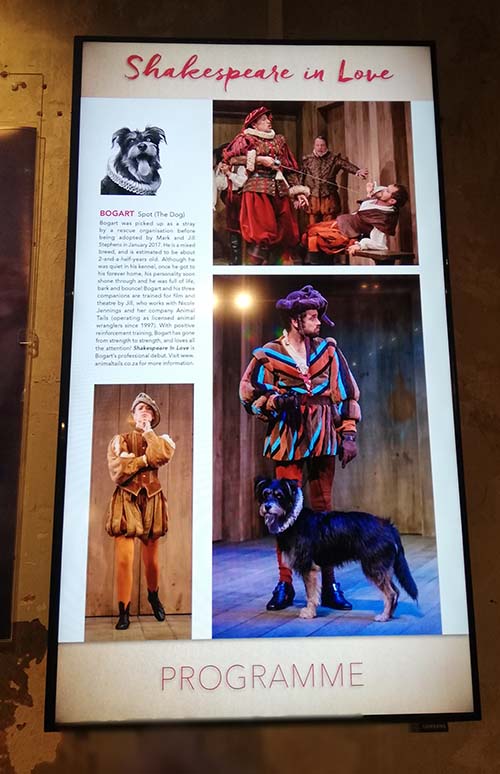 Hobbes the Hound was born out of my love of working with dogs and is named after my eldest dog, Hobbes, who has been the inspiration behind my training dogs. Our journey began in 2009 and Hobbes has featured in over 40 international commercials. He and Bentley, another of my rescue dogs, both played the role of “Sandy” in the live-stage show “Annie” at Cape Town’s Artscape Theatre in 2010 and 2016 respectively. Scout, another of my dogs, had his best shoot for French Vogue and for The Dog Food App! I focused on tricks and distance training allowing me to “wrangle” (work with) my dogs from a distance on film-sets and stage.

Up until this point, I thought there were no bad dogs, only bad owners…. But, I was wrong!

Bogart was also adopted as an adult from a rescue centre and he was another ballgame altogether! From the start he got on very well with my other 3 male dogs but he was not interested in listening to me! He was a happy-go-lucky, but aloof dog and did what he wanted. He constantly ran away on walks and would eventually reappear looking particularly pleased with himself.

And so, my behavioural journey with Bogart began…

Through positive reinforcement, reward-based training, Bogart is now off lead on walks, loves his tricks and played the role of “Spot” the dog in the live-stage show “Shakespeare in Love” at Cape Town’s Fugard Theatre in 2017 and in the rerun in 2018.

The core of what we do

“Dogs do speak, but only to those who know how to listen.”– Orhan Pamuk 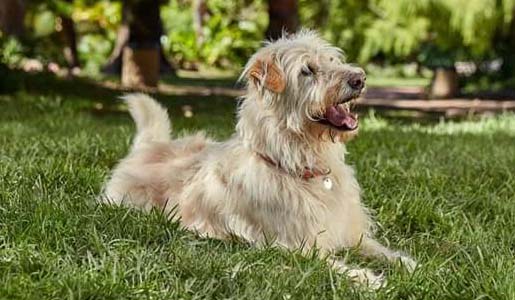 Learning through play is powerful and long-lasting; teaching concepts (skills) to our dogs, reinforcing the behaviour we like and want, to help our dogs to make better choices and thereby making your dog your best friend (again).

I use positive reinforcement training methods and teach dogs concepts (skills) through short games which help them to be calm at home and focus on you out and about.

Make a booking for a Consultation

A consultation at your home lasts about an hour. Every consultation is followed up with a detailed program that will be emailed to you containing further information. Additionally, WhatsApp videos demonstrating the applicable games for you to play with your dog will be sent to you.
Each consultation is R600 (Southern Suburbs, Cape Town).
Northern Suburbs and Atlantic Sea Board R600 plus Travel costs 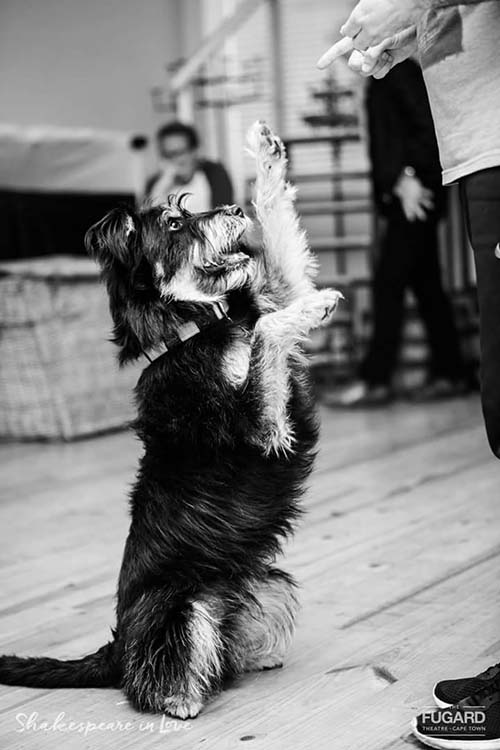 We offer private lessons and teach tricks to you and your dogs! Either at your home if in Southern Suburbs or at field in Constantia.

Private lessons are R350 per hour.